-For Parishes, Churches, Priests, Pastors, Clergy, Teachers, Evangelists, Missionaries or Outreach Workers that would like to receive any small quantity for free,
please email us your address and intention.

-No profit is intended for any of these books, so we kindly
request that you do not sell them.

-We manufacture and distribute these simply at our own expense
and with any contributions and support received.

Each book has been printed on handmade parchment and bound in hand-stitched leather, from a facility located near one of our international outreach programs. They were designed and compiled by for use as devotional aids and outreach tools.

CLICK ON A BOOK BELOW TO SEE ITS DETAILS 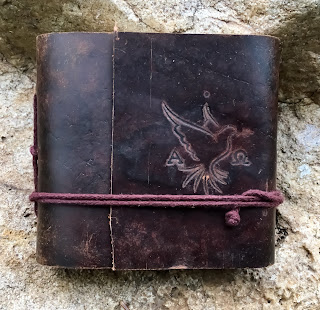 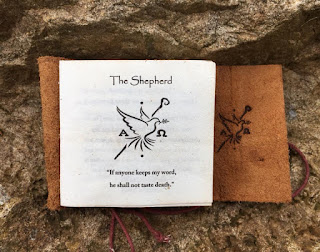 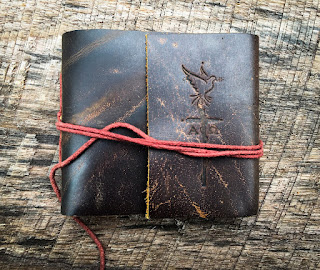 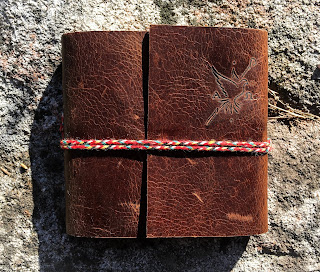 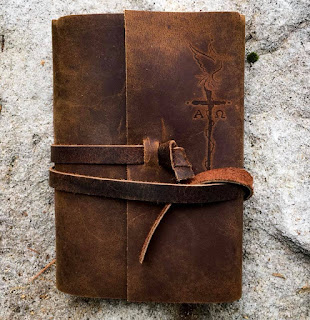 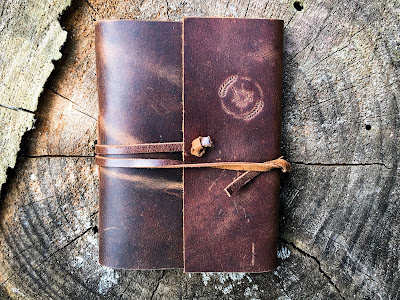 Least of These: Breaking Bread with Jesus 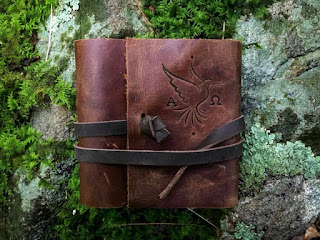 
: a pocket companion with prayers & devotionals
from the Apostolic & Early Church 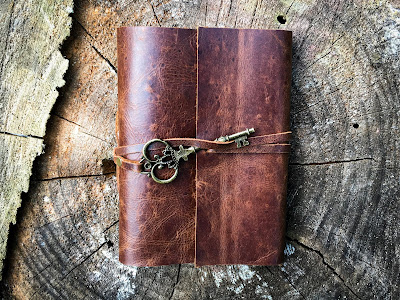 About the early church authors and fathers quoted in these compilations:


The 'Didache': Listed among the Apostolic Fathers,  “the Teaching of the Twelve Apostles” is the oldest surviving Christian church order - written somewhere near the late first century. Apparently used for instruction of catechumens (converts to Christianity yet to be baptized) it was also included in some early church canons, used in the Apostolic Constitutions, used by Irenaeus of Lyons, Clement of Alexandria, and Origen, and bore remarkable similarities in content to ‘the Shepherd’ by Hermas.

Hermas: Listed among the Apostolic Fathers, “The Shepherd” was written in the late first century and was considered canonical scripture by some of the early Church fathers. Irenaeus cited the “Shepherd” as scripture. Clement of Alexandria constantly quoted it with reverence, as did Origen – who held that the author was the Hermas mentioned by Paul in Romans 16:14. Popular amongst Christians in the 2nd and 3rd centuries, it was cited by Eusebius as having been publicly read in the churches.

Epistle of Barnabas: Written sometime near the late first century, this anonymous Greek epistle has been traditionally attributed to the apostle Barnabas. Clement of Alexandria cited this Epistle, as did Origen of Alexandria. It was found among other canonical books of the New Testament in the Sinai Bible of the 4th century.

Epistle of Clement: Written near the end of the first century, this epistle is attributed to Clement of Rome – of whom the Apostle Peter appointed as Bishop of Rome (presiding from 88 to his death in 99). His epistle to the church in Corinth was publicly read in the churches, and was included in the 5thcentury Codex Alexandrinus and other early church canons.


Second Epistle of Clement: This epistle was traditionally believed to have been written by Clement of Rome in the late first century, however, disputed by ecclesiastical scholars later on. To present day, it remains in the Coptic Orthodox canon and is listed under the Apostolic Fathers.


Ignatius of Antioch: Born in Syria around 50AD, Ignatius was one of the auditors of the Apostle John, a friend of Polycarp of Smyrna, and (according to the 4th century Church historian Eusebius) was instated by Peter and Paul to be the third bishop of the church in Antioch. During a wave of persecution under emperor Domitian, Ignatius continued shepherding his flock and writing letters to other church bodies. Seven of these letters are extant. Ignatius embraced the persecution that awaited him and pleaded with the Christians of Rome (in one of his letters) to do nothing to prevent his martyrdom. He was executed in the Roman Colosseum at the release of two lions.

Justin Martyr: Born in 100AD, Justin Martyr was reared in a pagan family in Samaria (modern day Nablus). Having spent his young adulthood in pursuit of truth as a philosopher, he converted to Christianity in his 30’s, founded a Christian school in Rome, and eventually wrote two apologies (defenses) of Christianity. These apologies have preserved the inspirational details of Justin’s early life and conversion to the faith, and an insightful description of Christian life and church from that time. In these apologies, he explains what a Christian is, what a Christian believes, and how a Christian lives their faith. Justin wore this badge to the very end when he was executed “martyred” for refusing to renounce Christ.


Theophilus of Antioch: Born around 120AD, was a pagan convert to Christianity who became the bishop of Antioch in 168. His defense (apology) of the Christian faith presented contrasts between the lifestyle and beliefs of Christians to that of the pagan society.

Athenagoras of Athens : Was a Christian philosopher and apologist of the 2nd century. Like other apologists of his era, he defended against false accusations railed against the faith.


Irenaeus of Lyons: Bishop of Lugdunum in Gaul (modern day Lyons, France) during the mid 2ndcentury, Irenaeus was a notable early apologist whose well known work “Against Heresies” laid the foundation for the development of Christian theology. It was Irenaeus who first proposed that the Gospels of Matthew, Mark, Luke and John be accepted as canonical; and his rigorous defense of the Apostolic Gospel against the various widespread heresies of his time set the standards for gauging doctrine by the three pillars: Scriptures, Apostolic Tradition, and the Teachings of Apostolic successors.

Clement of Alexandria: Christian theologian who taught at the Catechetical School of Alexandria in the late 2nd century – early 3rd century. He was ordained a priest by Pope Julian around 189, and was of profound influence of other early church fathers.


Origen of Alexandria: Born in the late 2nd century, Origen is regarded as one of the most important Christian theologians – having significant influence on the development of biblical exegesis, hermeneutics, homiletics, spirituality, and the concept of the Trinity. He was ordained a priest around 231, established a Christian school in Caesarea, and wrote over 2,000 treatises. Despite his influence, he was posthumously condemned by the second council of Constantinople in 553 for certain suppositions of his that were then deemed heretical.

Tertullian: Born around 160 AD into the pagan family of a Roman centurion, Tertullian converted to Christianity around 197 and is author to many theological works, an apologetic defense of Christianity, a doctrinal work on Trinity, and arguments against heresies that were popular in that time. His work “Prescription Against Heresies” supports the use of Apostolic Tradition as a standard in comparing heretical sects to the true Church.

Cyprian of Carthage: Bishop of Carthage during the early 3rd century, Cyprian was an important early Christian writer known for his strong pastoral skills, Latin rhetoric, and influence on Western Christianity. He was martyred in 258.

John Chysostom: Acclaimed for his preaching and eloquence, was a 4th century Archbishop of Constantinople. He penned hundreds of exegetical homilies on both the Old and New Testaments.


Jerome: Was a 4th century priest, theologian, and historian. He is famed for his translation of the Bible into Latin ( the “Vulgate”), as well as his many exegetical works and commentaries.


Lactantius: Was a 3rd century Christian author and advisor to the first Christian Roman emperor, Constantine.


Hippolytus of Rome: Was a 3rd century priest, writer and theologian. His “Refutation of All Heresies” refutes doctrines of the Gnostics and other heretical sects leading up to that time.

Epiphanius of Salamis: Was a 4th century bishop of Salamis, and also later of Cyprus. Well known for his large compilation of the heresies that had plagued the church to that time.

Augustine of Hippo: Was a 5th century theologian, bishop, and philosopher – who is renowned for his significant doctrinal influence upon Western Christianity.

We designed this symbol to represent the following:

If you've received one of our free gifts and would like to contribute, or if you'd like to help us provide free devotional aids for use in outreach ministries around the world, please donate here:

Voices of the Early Church

Each book has been printed on handmade parchment and bound in hand-stitched leather, from a facility located near one of our international outreach programs. They were designed and compiled by for use as devotional aids and outreach tools. We hope that you will make fruitful use of these works in passing along the testimony and witness of the Apostolic Church.